At the time of its construction in 1980, I had my house equipped (see photos 1 and 2) with a double flow CMV controlled by an AEROPLAST STH 830 R unit comprising a heat exchanger coupled to an air-to-air heat pump allowing to heat or to cool the blown air.

This system allows the house to be heated when the outside temperature is not too cold. Beyond that, the relay is taken by a classic network of electric radiators. In the summer, it provides air cooling down to -5°. The quality of the air is optimal in all circumstances: new filtered air pleasant to breathe, quickly rid of extracted odors (smoke, cooking…) and correct hygrometry.

My house is on 2 levels, the 1st floor being attic. The network of aeraulic ducts is distributed in umbrella from the attic to the ceilings for the first floor and to the top of the partitions for the ground floor via lost attics inaccessible except partial demolition. The unit is installed on the first floor in a special cupboard in the building with air, electrical and condensate drainage connections via the waste water. The living area is about 160 m2. The CMV has 6 inlets and 2 extractions on the ground floor + 3 inlets and 2 extractions on the first floor.

But after 30 years of good and loyal service, thanks to flawless maintenance, I had to decide to replace the AEROPLAST group. The company having ceased to manufacture this type of material, I had to inquire about a new equipment compatible with my installation.

That’s how I discovered GAC MyDATEC while doing research on the internet. By consulting the company’s website, it appeared that the MyDATEC concept is strictly comparable to the AEROPLAST concept: double flow ventilation, with a heat exchanger coupled to a heat pump that can either reinforce the heating of the air blown in or cool it. It was therefore likely to replace my old equipment, the main constraint being to be able to connect to the existing air network.

I contacted GAC MyDATEC by phone. The MyDATEC sales representative took charge of me. Immediately the contact is very pleasant. I told him my problem and he immediately confirmed that the MyDATEC unit could replace my old system. Competent and passionate, he inspired me with confidence because I found in his explanations concepts that I was already familiar with as a former user of a comparable system. He even suggested that I do the installation myself, with MyDATEC providing technical support if needed.

Immediately, I received by e-mail a very precise technical file to fill in as well as a list of documents to provide concerning the plans of the construction, the aeraulic network, various photos and technical characteristics of my old group and the installation room in order to allow the company, after study, to make me a proposal.

I provided the requested information and a few days later I received by mail a very detailed project file for the replacement of an AEROPLAST unit by a MyDATEC RT 250 V unit. The file includes a quantitative descriptive offer, a realization plan and a technical-commercial documentation. The technical characteristics of the MyDATEC RT 250 V are similar to the AEROPLAST STH 830 R. The configuration of the room and the arrival of the air ducts through the ceiling invite to opt for the vertical model. The front access for maintenance of the vertical model (filters and removable rack) is excellent.

The proposal seemed serious and convincing to me. But as I didn’t feel capable of doing the installation myself, I contacted a neighboring company, SARL AUGIDEL, electrical, plumbing, heating and heat pump, to proceed with the installation. I submitted the project to the person in charge, Mr. DELHOUME. DELHOUME who was immediately interested in the MyDATEC equipment that he did not know.

The complete installation was carried out over 2 days (see photo 4). The system worked from the first test (congratulations to the installer). At start-up, the unit is delayed. Once the group has been launched, we quickly notice the heating of the air blown in by the touch of the starting vents.

With the new MyDATEC RT 250 V, I have found all the benefits of quality ventilation: filtered air, odors evacuated, condensation on the windows caused by water vapor quickly evacuated. Considering that the air is completely renewed in less than 2 hours, there is no need to open the windows to air the rooms (the VMC provides this), thus saving energy during the winter.

In terms of energy performance, the system is capable of heating the house up to an outside temperature of 8 – 9 ° while maintaining 19 – 20 ° inside (variable performance depending on the quality of the thermal insulation of the house and the wind outside). It is clear that additional heating is essential for colder periods. In mid-season, this system provides significant energy savings while maintaining a high level of comfort in all circumstances.

In summer, it is not a real air conditioner but a simple cooling of the air blown in (-4 to -5° compared to the outside temperature). In temperate regions, this cooling is most of the time sufficient to provide a very decent level of comfort. In addition, the unit is much quieter than the compressors of air conditioners installed on balconies or hung on facades. Ask the neighbors!

The noise level is very reasonable. You have to listen to the house to hear it. The equipment is originally insulated, but if possible, the result can be improved by insulating the installation room.

Overall, I don’t have a full cycle of use yet to judge. However, I can say that I am very satisfied with the product so far and that its maintenance is very easy. I have no criticism to make, the announced performances being at the appointment. As far as thermodynamic ventilation is concerned, for me it is the best.

I would like to congratulate GAC MyDATEC for its product, thank the MyDATEC sales representative for his friendliness, his responsiveness and his skills and thank AUGIDEL for the installation. 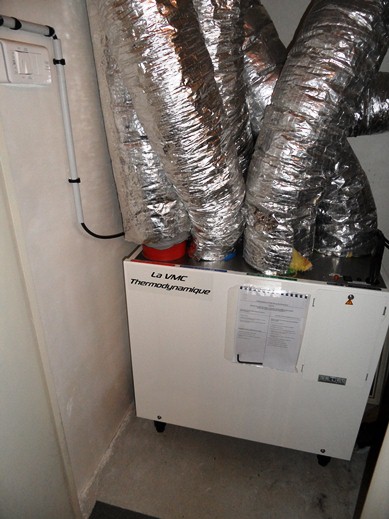 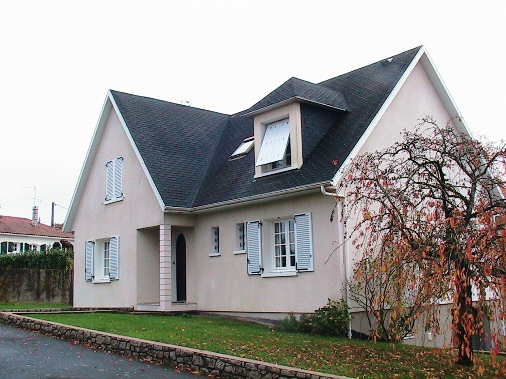